In another sign that the Cryptocurrency Market is becoming mainstream, a number of celebrities have appeared in marketing and advertising for coins and coin-related themes over the last six months. In this article, the DailyHodl examines the possible impact of David Beckham and DigitalBits partnership on XDB token value.

One low-cap Ethereum-rival altcoin is moving in the opposite direction of most of the crypto market, partially on the news of a major celebrity partnership.

While numerous crypto assets saw declining prices this week, XDB, the native token for open-source blockchain project DigitalBits, skyrocketed in value by 49.5% in the past seven days.

DigitalBits bills itself as a “fast, eco-friendly” and enterprise-grade blockchain that’s built to support brands.

The project announced in late March that world-famous retired soccer star David Beckham would be joining their team as a global ambassador.

Says Beckham in the announcement,

“I am always keen to find new ways to connect with my fans across the world. The moment I spoke with Al and the DigitalBits team, I knew that this was a major opportunity to create new experiences for my fans online. I have always taken pride in working with the best teams and I am so excited to work on my NFT [non-fungible token] collections and more innovations in the future.”

Beckham plans to “embark on a series of exciting projects that will demonstrate the power and potential of DigitalBits blockchain technology,” according to the press release.

DigitalBits teased one of those projects on Twitter this week.

Behind the Scenes with #Beckham & #DigitalBits ?

An exclusive behind-the-scenes look at the DigitalBits and David Beckham announcement video shoot.

The first of many great projects together.
With many more to come ? 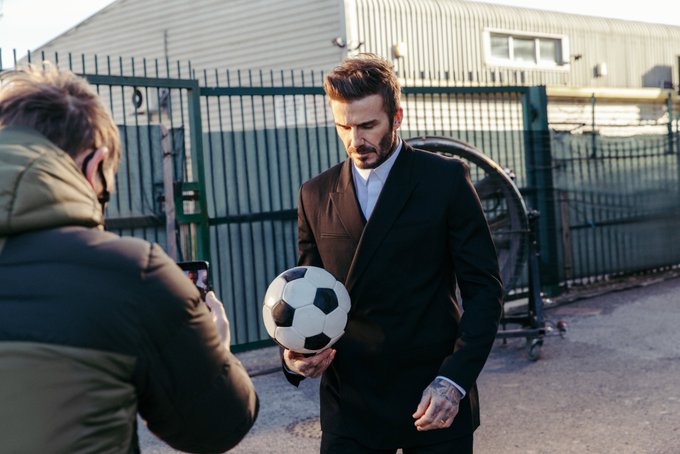 DigitalBits, the 215th-ranked crypto asset by market cap, is trading for $0.382 at time of writing.